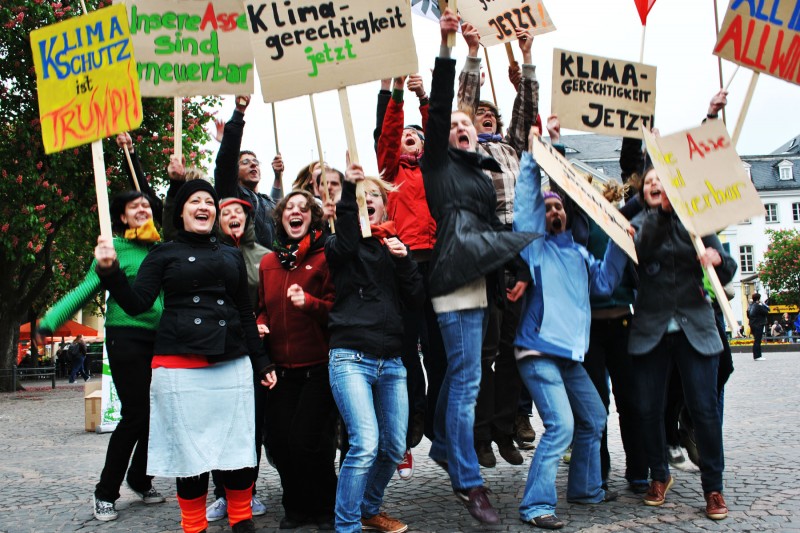 A group of activists from BUNDjugend have formed a group called the ‘Climate Compass Group’ to work together continuously and intensively on BUNDjugend’s main climate issues in 2010. Members of this new group include many of those who were active with the Young FoEE 2009 Act Nowteam, and very active members of the German climate
team.
So far the group have been busy writing a position paper, which was recently adopted by the whole organisation at their AGM at the beginning of May, and has since been handed over to the Social Democrats Parliamentary Party for their congress on a new climate law. The group next plan to hand the document and their recommendations across to the GermanMinister of Environment.

BUNDjugend organised the “Climate Poker Action” in Bonn, alongside a meeting of environment ministers from 43 UN countries, demanding that these countries raise their targets up. The action will be repeated on the 5th June at the Bonn UN climate negotiations.