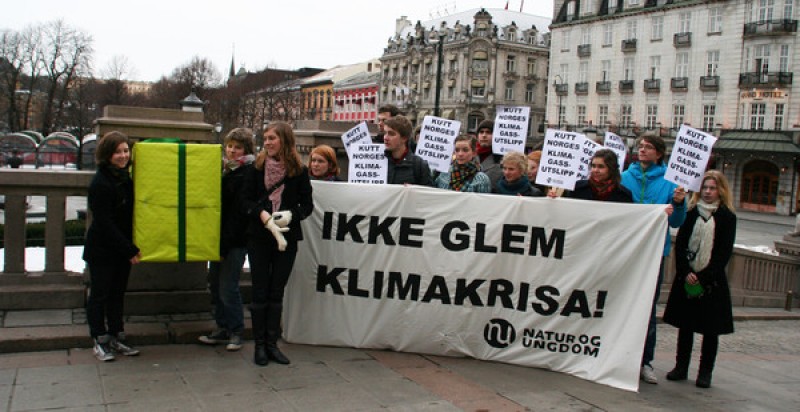 Action against oil drilling in Norway

For this year and next year Nature and Youth's (YFoE Norway) priority campaign is against oil drilling outside the beautiful Lofoten Islands, where the worlds largest stock of cod lives, and where you will find the worlds largest cold water coral reef. Over the past months they have started several local groups in a network called ‹o`olkaction against oil drilling outside the Lofoten Islands», and took a group of representatives from political youth parties out to the Lofoten Islands for one week to highlight the other possibilities in Northern Norway, besides drilling for oil.

Green answers to the financial crisis

The financial crisis also got a lot of attention in Norway. In January, the Norwegian government came with a crisis package, pledging 20 billion Norwegian crowns, which is supposed to stop further unemployment and make new jobs. Nature and Youth believes that this crisis package should focus on green jobs, such as railway or windpower., and so organised an action where they delivered the prime minister, finance minister and transport minister small green packages. The oil and energy minister was handed a huge green crisis package.

The youth group of Global 2000 (Fa Austria) organised a march of the homeless penguins through the streets of Vienna.

Over past years Zelenyi Svit (Friends of the Earth Ukraine) has been runing a wide and successful national campaign directed towards securing only verified safe biotechnologies and strict control of food and agricultural products derived on such technology basis since 1998. As part of FoE Ukraine, a student youth group have been doing several awareness raising activities on the issue of GMOs, including running a lecture series in schools and universities, spreading the leaflets and stickers.