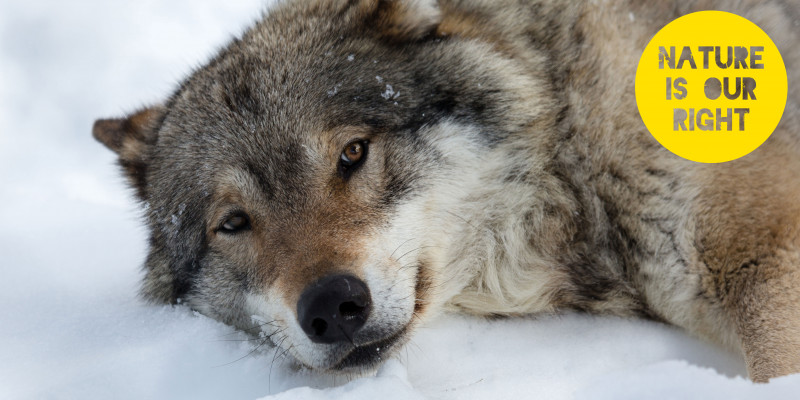 Norway's endangered wolves back in the firing line

After backtracking on a decision to shoot 47 of the country's 70 remaining wolves last December, the Norwegian government has threatened to put the wolves back in the firing line by opening up its nature protection law.

The Department of Climate and Environment is suggesting changes to the country's main nature protection law – Naturmangfoldloven –to make it easier to hunt and kill wolves, bears and wolverines. All of these are endangered species that Norway has an international responsibility to protect, through the Bern convention.

Naturvernforbundet / Friends of the Earth Norway fears that the weakening of nature protection in Norway will make it easier for other countries to weaken their nature legislation. This may have severe consequences for other endangered species in Europe.

Arnodd Håpnes of Naturvernforbundet/Friends of the Earth Norway said "Undermining the Bern convention by interpreting it in favour of culling of endangered species in Norwegian nature is the opposite of the intentions of the convention. These species need to be protected, not shot."

The proposed revision to the law comes during the biggest wolf cull of the past 70 years in Norway. While the proposal to kill 47 wolves was rejected, there are still licenses granted to kill 18, of which 8 have already been shot.

Arnodd Håpnes continued "The proposal from the government is rushed and badly researched. Giving only three days for comments on a comprehensive change of our nature protection laws is appalling, and will ensure that we will not uncover the consequences of the new proposal before it is implemented. This is a democratic problem."