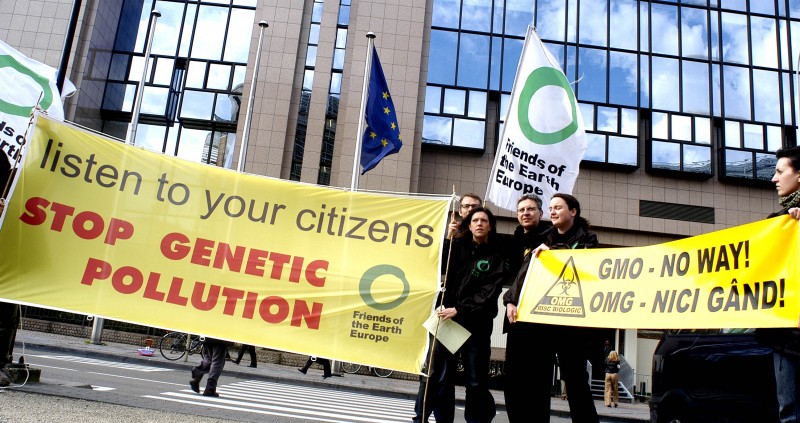 Brussels, 12 April 2006 - Friends of the Earth Europe welcomed today's statement by the European Commission calling for major improvements to the workings of the European Food Safety Authority (EFSA) on the issue of genetically modified (GM) foods and crops.[1]

The environmental organisation accuses the EFSA of being biased towards the biotech industry and believes that its work on GM foods should be halted until public and environmental safety can be guaranteed.

In a separate move, Austria has confirmed a new ban on the import of Monsanto's GM oilseed rape, a product that was passed as safe by the EFSA. The Austrian government has banned the GM seeds on the basis that no long term safety tests have been done and that imports would likely lead to the accidental spillage of the seeds into the environment.

The EFSA has also today published new opinions on bans of five GM products by Member states. They conclude, as usual, that there is no reason to believe that the GM products in question will "cause any adverse effects for human and animal health or the environment".

Commenting of today's developments, Adrian Bebb, GM Campaigner for Friends of the Earth Europe, said: "The Commission should be welcomed for acknowledging a problem with their food safety authority, but it needs to go further. The Food Authority has for too long sided with the biotech industry and ignored any research or opinions that questioned the safety of genetically modified foods.

"The Commission should now suspend all new approvals until public and environmental safety can be guaranteed," he demanded.

On the new EFSA opinions, Adrian Bebb added: "Today's opinions by the European Food Safety Authority show how out of touch it is with the real world. This body once again ignored the concerns of the EU member states and seem more interested in protecting the biotech industry then protecting the public or the environment."