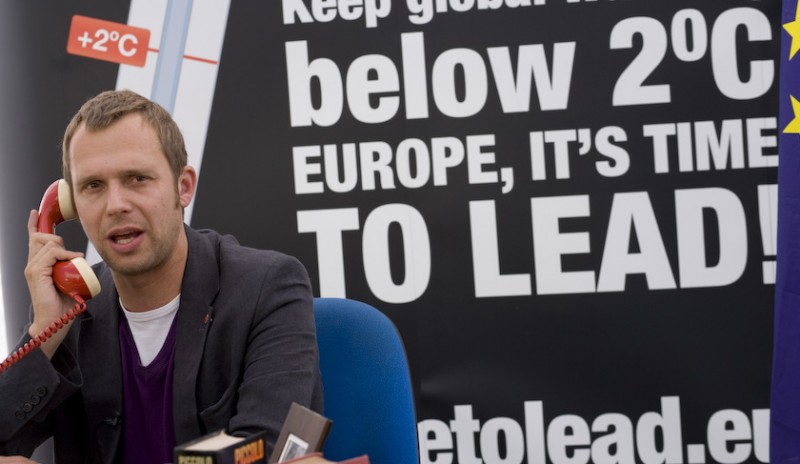 Brussels, October 30th - European governments must take immediate action against climate change to avoid economic recession, warns the Stern Review - an independent report presented to the UK government today.[1] Friends of the Earth Europe is calling for EU Member States to toughen market mechanisms such as the Emissions Trading Scheme, cut energy waste, introduce green taxes and invest in renewable energy. In parallel, the EU must push for ambitious emission reduction targets at the United Nations climate conference in Nairobi next week.

Esther Bollendorff, Climate campaigner at Friends of the Earth Europe, said, "Governments across Europe must take the warning of internationally-respected economist Sir Nicholas Stern, that fighting climate change is now fundamentally linked to the health of the global economy. Failing to take action now may cause catastrophic climate change and global economic recession."

The Stern Review argues that immediate action to cut carbon dioxide (CO2) emissions is economically justified because catastrophic climate change would cost up to twenty times more than investing in CO2-cutting measures now. The review points out that the longer governments delay, the more costly climate change will be and recommends investing one percent of the world's GDP now in technologies to reduce emissions.

The EU is currently not performing well in the fight against climate change. According to figures published last Friday, seven EU countries are set to miss their Kyoto targets. Overall, the EU will only scrape its target of an eight percent reduction in emissions relative to 1990 levels and will rely heavily on buying carbon credits from developing countries in order to achieve it.[2]

Furthermore, the EU's Emissions Trading Scheme, in which heavy industries buy and sell permits to emit carbon dioxide, has not so far succeeded in its aim to reduce carbon dioxide emissions. EU Environment Commissioner Stavros Dimas has criticised the most recent National Allocation Plans proposed by member states for distribution of carbon permits, as they allocate even higher emissions quotas than actual emissions in the first phase of the scheme.

"Market mechanisms like the Emissions Trading Scheme must be tightened. Allocations for carbon dioxide emissions must be drastically reduced so that businesses have genuine incentives to cut emissions and invest in green CO2-reducing technology," Ms Bollendorff said.

Friends of the Earth Europe (FoEE) supports demands in the UK to introduce year on year targets, based on a strict science-based carbon budget.[3] FoEE encourages the European Union to have a debate on such a system, and investigate implementing a similar system in other Member States. This could be integrated into the Emissions Trading Scheme after 2012.

The environmental campaign group has also called for the introduction of green taxes across Europe, especially in the transport sector, and for European governments to dramatically increase investment in renewable energy and energy efficiency as well as research and development in these areas.

Friends of the Earth Europe has stressed that the UN climate conference in Nairobi next week is critical and urged that the Stern Review must give impetus to the talks. [4]

"EU Ministers should show guts at the United Nations climate conference next month, initiating negotiations about the next Kyoto period and pushing for long term reduction targets. Developed countries have to take on targets that reflect the climate science - a reduction of 30 per cent by 2020 and 80 per cent by 2050." Ms Bollendorff said.

Notes to Editors:
[1] The Stern Review on the Economics of Climate Change will be published on Monday 30th October when Sir Nicholas Stern will present his conclusions at the Royal Society. See report and executive summary

[4] Friends of the Earth Europe is calling for a strong EU position at the UN climate negotiations next week in order to that agree a post 2012 climate regime by 2008. See press release.