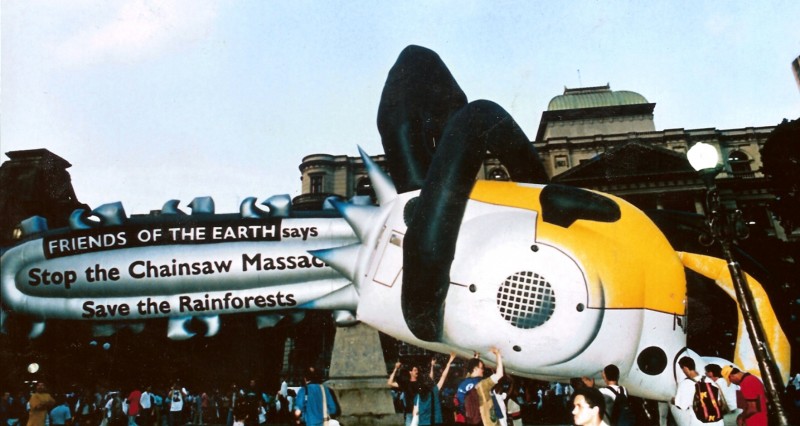 Brussels 29 August 2006 - Friends of the Earth Europe today called on European Union leaders to step up efforts to limit climate change and insisted that the EU must finance adaptation measures and disaster relief in developing countries.

The call came as a new report [1], launched in London today by a coalition of NGOs and think-tanks, including Friends of the Earth, demonstrates the havoc wreaked by climate change in Latin America and the Caribbean.

Jan Kowalzig, Climate Campaigner at Friends of the Earth Europe said:
"The poorest of the poor are hit first and hardest by the impacts of climate change, although they had little or no role in causing the crisis. Climate change is mostly a result of the energy-hungry lifestyles in the rich world, including the European Union. Consequently, Europe must take more serious steps to cut back its own emissions, but also it must act according to the principle that the polluter must pay and must finance adaptation measures and disaster relief in regions like in Latin America and the Caribbean."

The report "Up in Smoke? Latin America and the Caribbean" dramatically confirms that weather patterns are becoming less predictable and more extreme. Climate change is expected to cause drought in the Amazon, floods in Haiti, vanishing glaciers in Colombia, extreme cold in the Andes and hurricanes in southern Brazil, Central America and the Caribbean.

Yet, these countries can only expect minimal help from those nations most responsible for the crisis. Friends of the Earth Europe criticises in particular that the EU has made less than 300 million Euros per year available to help developing countries address and adapt to climate change [2] - whereas development organisations estimate the annual costs of climate-related disasters in poor countries over the next 20 years to be a thousand times higher. [3] Ironically, the whole of Latin America has contributed only 4 percent of energy related global emissions over the past 50 years, whereas the European Union accounts for 22 percent. [4]

The report calls for immediate action in the following areas:
1. Cut greenhouse gas emissions: Rich countries need to meet and exceed their targets for reducing greenhouse gas emissions set under the Kyoto Protocol. Commitments should be progressively raised after
2012 in a way that puts industrialised countries on track to reach cuts of up to 80 percent by 2050. More sustainable lifestyles and energy efficiency are a priority.

2. Stop illegal logging and deforestation and assist the region in climate-friendly development: While wealthy countries need to act first and fastest to cut emissions, Latin American countries should also implement sustainable development policies that prioritise both energy efficiency and renewable energy. To help mitigate climate change and to maintain valuable ecosystems, they should stop illegal logging and reduce, and eventually halt, deforestation.

3. Map national vulnerabilities in detail and apply the 'climate
test': There is an urgent need to develop detailed maps of the complex impacts of global warming, integrating climate-change-related risks with other threats. All policies and programmes should face the test of whether they will leave people in Latin America and the Caribbean more or less vulnerable to the effects of global warming. The test will be: is this climate friendly and climate proof?

6. Apply new standards for the private-sector: Corporate involvement in Latin America in such sectors as energy, logging, mining, water, and the construction of infrastructure, such as pipelines and transport links, must take on board that development in the region needs to meet sustainability criteria.

Notes:
[1] The full report can be downloaded from:
http://www.foeeurope.org/climate/download/Up_in_Smoke_embargo.pdf

Press release about the report:
http://www.neweconomics.org/gen/upinsmokelatinamerica290806.aspx

[2] The 300 million Euros per year is available to "Non-Annex 1"' parties, a group mostly comprised of
developing countries. (The 50 Least Developed Countries are given special consideration.) "Climate
Change in the Context of Development Co-operation; Conclusions of the General Affairs and External
Relations Council", November 2004.

[3] About 300-500 billion Euros a year, according to the World Disasters Report 2001; International
Federation of Red Cross and Red Crescent Societies; Geneva 2001.