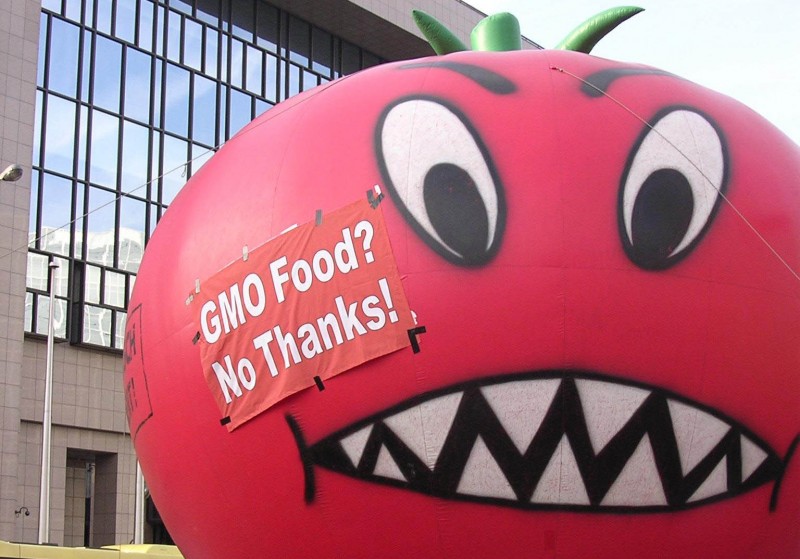 Vienna, 6 April 2006 - Greenpeace and Friends of the Earth have today warned that Europe's food and farming will be widely contaminated if genetically modified crops are grown in Europe. The warning came at the end of a European Commission conference which failed to resolve any of the problems of growing GM crops.

Agriculture Commissioner Mariann Fischer Boel reconfirmed the Commission's position not to set EU rules that would protect consumers and European farmers from contamination, and continued to deny the right of regions to establish themselves as GMO-free zones. Meanwhile, Environment Commissioner Stavros Dimas admitted to the failures of the European Food Safety Authority in evaluating the long-term risks of GM foods and crops.

The Commission conference on the so-called coexistence between genetically modified (GM), conventional and organic farming failed to resolve the key issues of preventing widespread contamination from GM crops. Instead, a coalition of farming and environmental organisations issued a statement calling for a Europe-wide debate open to all citizens and questioned whether coexistence is possible without widespread contamination of organic and conventional food and agriculture by GMOs.

Geert Ritsema, Genetic Engineering Campaigner for Greenpeace International said:
"Given the failures of the risk assessment and the impact of contamination on farmers and consumers, no GM crops should be authorized for cultivation in Europe. Contamination from genetically engineered crops is now happening in Spain. The European Commission has completely failed to respond to the evidence we presented at this conference that this is harming organic and conventional farming."

Helen Holder, GM Campaign Coordinator for Friends of the Earth Europe said:
"The freedom of choice of all of Europe's citizens and farmers will be taken away if genetically modified crops are allowed to be grown on a large scale. This conference failed to address the issues of contamination and how to prevent it. This is a missed opportunity. The European public demands food free of genetic contamination and the European Commission must act to protect them."

New research (1) published this week revealed that there appears to be widespread contamination of crops in Spain, the only country that grows GM crops on a large scale. Approximately a quarter of crops sampled showed levels of contamination as high as 12 %.

Notes:
(1) Impossible Coexistence: Seven years of GMOs have contaminated organic and conventional maize: an examination of the cases of Catalonia and Aragon, is available for downloading at:
www.greenpeace.org/international/press/reports/impossible- coexistence