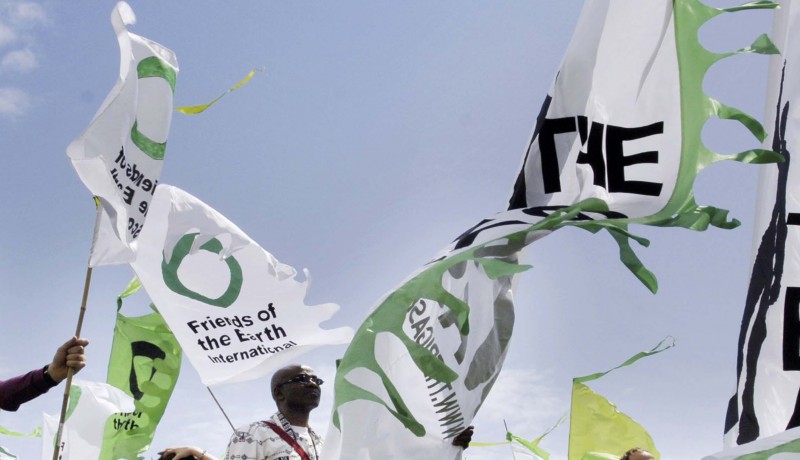 EIB signs up to EU environmental principles - but the devil is in the details, warn NGOs

Brussels, Belgium -- Today, on the opening day of the European Commission sponsored Green Week, the European Investment Bank (EIB) launched a declaration entitled "European Principles for the Environment" [1]. The declaration was signed by the EIB together with four other financial institutions, including the European Bank for Reconstruction and Development [2]. It reinforces the institutions' commitment to sustainable development with "the fundamental right for both present and future generations throughout the world to live in a healthy environment" and refers to the European Union's environmental principles and legislation. Applying those principles and legislation, however, is subject to the environmental policies of the respective signatories.

Magda Stoczkiewicz, CEE Bankwatch Network's Policy coordinator, commented: "While we very much welcome the fact that the EIB has signed up to the European Principles for the Environment, the devil as always is in the details - in this case in the implementation policies and procedures."

Civil society organisations maintain that the EIB's current environmental policy does not sufficiently reflect EU environment principles. Moreover, say the groups, the EIB's environmental safeguard procedures remain unclear or non-existent. Acting on behalf of European citizens and the European Union governments that own it, the EIB lends approximately EUR 45 billion a year for projects inside and outside the EU.

A recent NGO report entitled "EIB in the South: In whose interest?" [3] presented a range of deficiencies observed in EIB financed projects in the south and called on the EIB to implement clear environmental, social and development safeguards for its assessment and monitoring of its investment projects. The report also makes the case that the EIB is currently lacking sufficient staffing levels and expertise to fully and thoroughly assess and monitor the environmental, social and development impacts of its projects.

Antonio Tricarico, coordinator of CRBM in Italy, commented: "When it comes to project oversight, the EIB relies too heavily on the very clients who propose projects and who thus have a particular interest in fast and simple procedures rather than thorough assessments of all project impacts which also engage the public in meaningful consultations. It is legitimate to call for stricter and more transparent environmental due diligence by a European public bank which should promote the principles and procedures of EU environmental law, in particular when it operates in countries where national legislation is less stringent and its implementation even more questionable than within the EU."

Magda Stoczkiewicz added: "From what we were told, the EIB does not plan a revision of its environmental policy in the near future. In addition, improvements in the bank's environmental expertise will only happen through internal training, which does not really solve the fundamental staffing problem. Without tangible changes to procedures and increased environmental and social expertise as well as staff numbers to thoroughly assess and monitor projects, the principles signed today by the EIB will remain an unfulfilled promise."

NGOs will appeal to next week's meeting of the EIB's Governors in Luxembourg to take a lead on ensuring an immediate revision and improvement of the EIB's current environmental policy.

[3] Copies of the report can be downloaded from: www.bankwatch.org/documents/eib_in_south_3.pdf