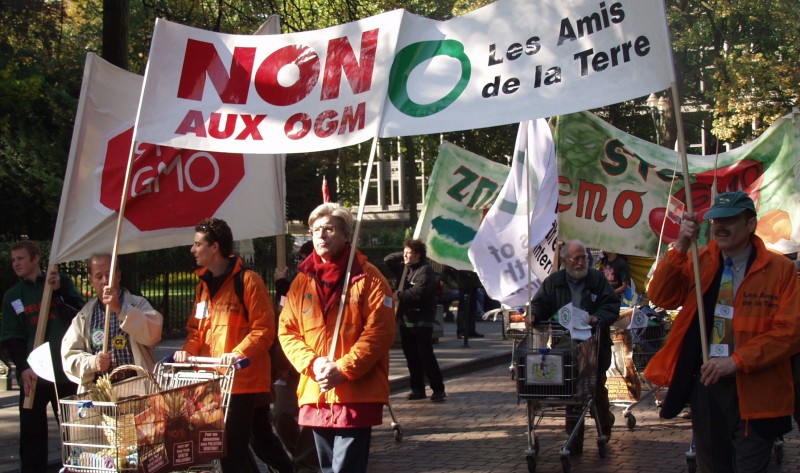 But avoid the dirty GMO word! advises US official

30 May 2007, Brussels - New documents obtained by Friends of the Earth reveal that the United States continues to pressure the EU to market new genetically modified (GM) crops and foods, despite the World Trade Organisation's recent verdict that the EU has a right to protect itself against GMOs. In an email exchange, US officials even insisted that the EU should steer clear of the term "GMOs" in order to minimize public opposition to its policies. [1]

"Even after they failed to win at the WTO, the US, and their friends in the biotech industry are still trying to force feed European citizens GMOs. The European Commission must stand firm, and put European citizens' health, the environment and the right to GM-free food and farming before the interests of a few big corporations."

The documents - email correspondence and minutes of a meeting between the European Commission and the US earlier this year - were obtained by Friends of the Earth Europe under a freedom of information request. The documents reveal US frustrations at the EU's failure to "normalize trade" of agricultural biotechnology products and at the "lack of political will to operate EU approval systems of GMOs" due to member states' opposition. [2]

The US was pushing the European Commission to:

The World Trade Organisation (WTO) issued its final ruling of the GMO dispute last autumn, finding no clear winner or losers. It did not question the right of counties to put in place strict biosafety laws, nor the right of a country to ban an individual GMO. The GMO bans in place when the complaint was lodged were ruled illegal on a technicality only [3].

[3] For an overview of the WTO dispute ruling see: http://www.foeeurope.org/publications/2006/WTO_briefing.pdf