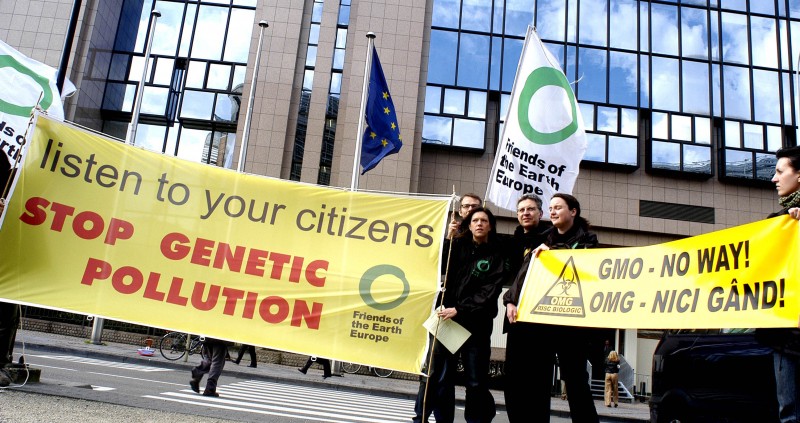 US lets Bayer off the hook for GM rice contamination

8th October, Brussels - The US authorities have failed to identify how unlicensed genetically modified (GM) rice seriously contaminated the food chain last August. Bayer CropScience, the company who owns the GM rice, will not face any legal action by the US government. Friends of the Earth Europe is calling on national governments and the European Commission to demand that the US urgently tightens up its safety procedures to prevent future GM contamination incidents.

Helen Holder, Friends of the Earth Europe's GM Campaign Co-ordinator, said:
"Farmers, consumers and the food industry are still in the dark over how illegal GM rice got into our food because of the pathetically lax standards for regulating GM crop trials in the US. It's a scandal that Bayer will get off scot-free when hundreds of rice farmers have suffered severe financial losses and consumers around the world have been exposed to illegal GM ingredients. The European Commission must put pressure on the US to radically improve their procedures, as well as tightening up EU and national controls to ensure that future GM contamination incidents are prevented."

The investigation by APHIS [1], published on Friday evening (5th October), was launched in August 2006 after illegal GM rice was found to have contaminated commercial rice supplies. At the time, the variety (LLRICE601, owned by Bayer CropScience) was not approved anywhere in the world, but had been field tested in the US from 1998 to 2001. Contaminated rice was exported around the world and was discovered in all UK supermarkets. In Europe emergency laws were put in place to stop further contaminated rice being imported and to ensure it was removed from the market.

The investigation failed to discover how LLRICE601, and another rice variety (LLRICE604) also found to have caused contamination, entered the food chain. Key to this failure was the fact that vital records "had not been maintained and were not available". This included original maps showing the locations of the GM field trials and records showing that procedures to confine the trials had been followed - such as cleaning equipment and the dates of planting. This meant that the investigators had to rely on interviewing individuals to attempt to piece together what happened. Because of this lack of evidence, Bayer, who claimed the contamination was "an Act of God" [2], will escape any enforcement action. Hundreds of rice farmers, who suffered severe financial losses, will now have to pin their hopes on winning the law suits filed against the GM giant, which could take many years to resolve.

The USDA seems reluctant to address its failures and has admitted that future contamination incidents are likely to occur [3]. It has, however, identified some lessons learned and possible areas for tightening up controls of field trials [4]. These include whether records should be kept, increasing separation distances between GM trials and other crops and whether to require permit holders to have testing procedures available to identify unauthorised GM varieties in case of contamination.

Friends of the Earth is calling on the European Commission and UK Government to put pressure on the US to ensure that they urgently improve their controls on experimental field trials of GM crops, including:

[1]The USDA's Animal and Plant Health Inspection Service (APHIS) Investigative and
Enforcement Services in coordination with USDA's Office of the Inspector General, focused on the unintentional release of trace amounts of regulated genetically modified rice detected in two commercial varieties of long-grain rice.