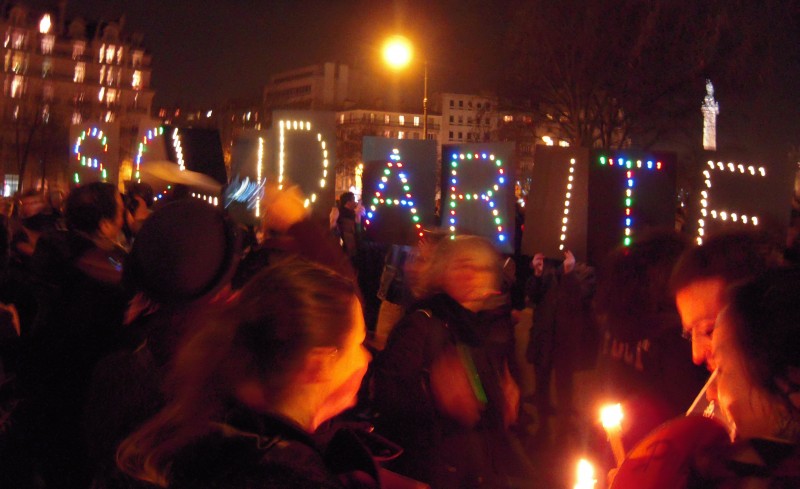 Reacting to the French government ban on planned climate mobilizations for the COP21 UN climate talks in Paris starting on 30th November due to the heightened security situation, Friends of the Earth International chairperson Jagoda Munic said:

"We stand for a sustainable world of justice and peace, where people live life in dignity, enjoy freedom of expression, in respect for future generations and the environment, with kindness towards strangers and refugees. To fulfil this dream we need not to succumb to fear but act against violence, militarization and Islamophobia.

"Since the tragic attacks in Paris, the French government has unfortunately clamped down on civil liberties, announcing a state of emergency and canceling planned mobilizations for climate justice. But peoples’ voices will not be shut down. We are determined to ensure that the much-needed peoples’ call for climate justice will be heard loud and clear.

"The new agreement politicians will adopt at the Paris climate conference will almost certainly fail to stop catastrophic climate change.

"We are telling those who were planning to travel to Paris on December 11-12 not to change their plans. We are exploring creative ways to modify our climate justice mobilizations in order to comply with the new security measures because the final word must be from the people, not politicians or polluters.

"Our plans for mobilizations in Paris will be modified, but the movement for climate justice will continue to grow with demonstrations, marches, and gatherings planned for 2016 and beyond."