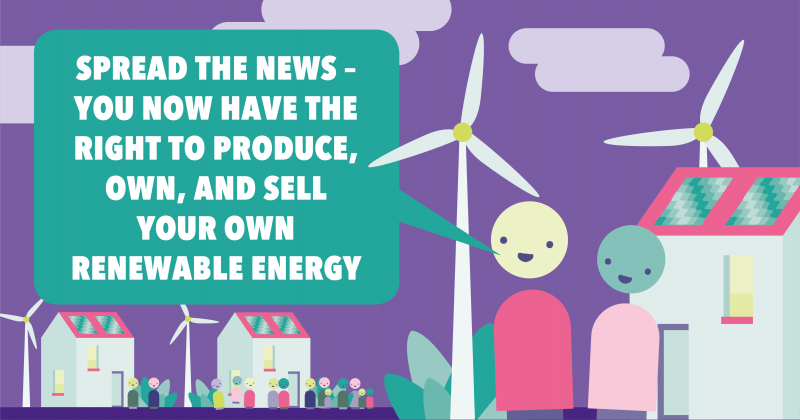 Unleashing the power of community energy

The community energy movement has recently received an important boost. New EU legislation on renewable energy gives communities and individuals the right to generate, store, consume and sell their own energy.

These community energy rights could be transformational for the fossil-free energy system we need to build. But these rights must now be laid down in national laws, to take effect.

A new booklet together with Energy Cities, Greenpeace and REScoop reveals that, for the potential to be fully realised, EU Member States must now transfer these rights into national laws. And they must put into place support schemes to overcome the barriers faced by citizen, municipal and community energy projects - ideally based on ambitious targets for community and citizen renewable energy in national energy plans.

"Citizen energy has won important recognition under new EU energy laws, with communities gaining new rights to generate, consume and sell their own energy. This gives people a vital opportunity to drive a transformation of our energy system and help free Europe of fossil fuels.

"But the work begins now to put these rights to use to unleash the 100% renewable energy system we desperately need to avert climate breakdown.”

Community energy production in Europe has huge potential. A recent study found that half of EU citizens – including local communities, schools and hospitals – could be producing their own renewable electricity by 2050, meeting 45% of our energy demand.

Community energy has the power to achieve an energy transformation more quickly, fairly and with added social benefits. 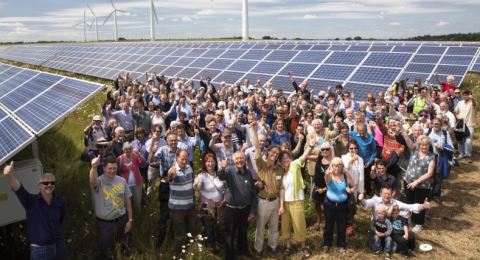 How could it be a game changer for citizens? Citizens and energy communities across the EU now have a number of guarantees that ensure they are able to invest in renewables and benefit from the energy transition.

Thanks to new EU rules, people and communities have the RIGHT to produce & sell #renewableenergy
READ https://t.co/EgyBIJcNcJ#fossilfree #energydemocracy pic.twitter.com/oMuQjr7Uzp

Citizens and civil society have two chances to advocate for supportive national policies and legislation.

First, by the end of 2019, national governments are expected to deliver finalised plans for their national energy and climate plans. Friends of the Earth calls on governments to put in place targets for community energy and rooftop solar.

Second, by 30 June 2021, national governments need to transpose the laws (and the community energy rights) into their legal system. Friends of the Earth calls on governments to fully transpose all citizen and community energy provisions, in particular those that are options such as electricity sharing and making sure households receive the true value of their solar installation.