In 2009, Young Friends of the Earth Europe ran a six-month project called 'Act Now'. We brought together 45 young activists from across Europe to take part in a series of training events and actions, leading up to the UN climate talks in Copenhagen, Denmark 2009.

A blog, documenting the journey that we took with Act Now! was made, as well as a photo gallery where you can see what Young Friends of the Earth Europe got up to.

Here is a selection of photographs from the Act Now! project 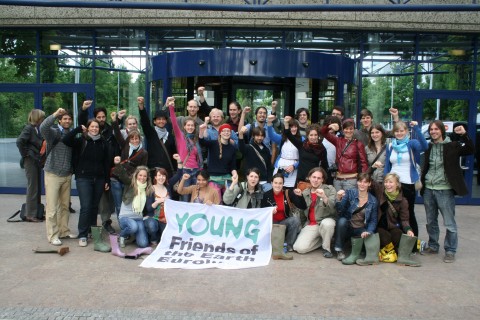 The Act Now team outside the Maritim Hotel in Bonn, Germany, where an intersessional meeting of the UNFCCC took place in June. This is where the Act Now project kicked off! 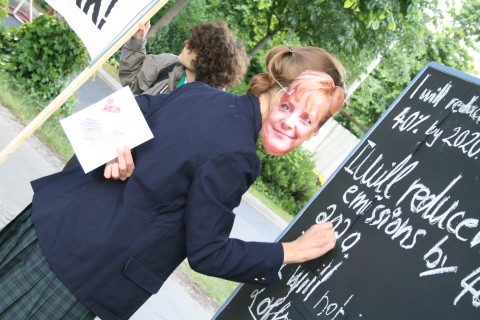 A Young Friends of the Earth Europe action outside the June 2009 UNFCCC intersessional meeting, putting world leaders in detention for failing to take action for climate change 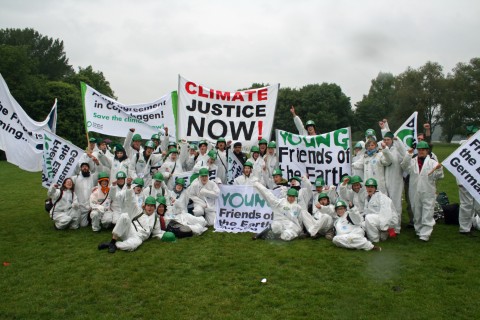 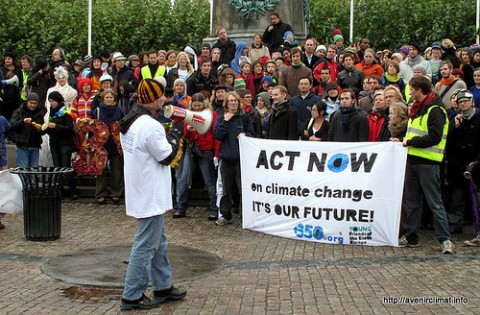 Malmo, Sweden, October 2009. One of four Act Now! conferences that took place in parallel, bringing a total of 200 young climate activists together 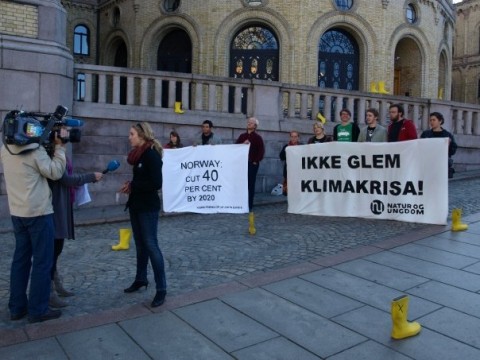 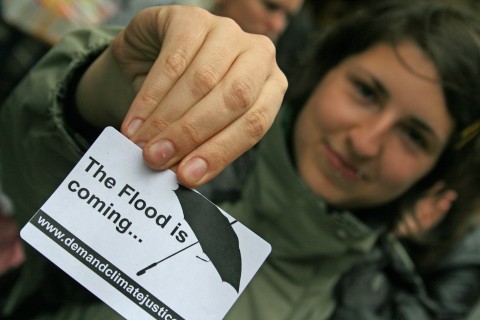 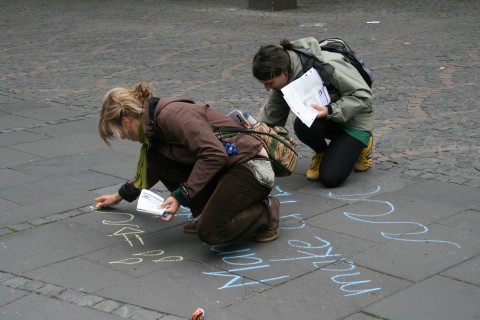 Chalking the streets of Copenhagen, to promote the 'Flood for Climate Justice' action 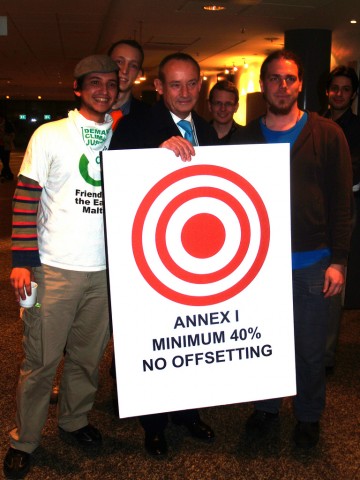 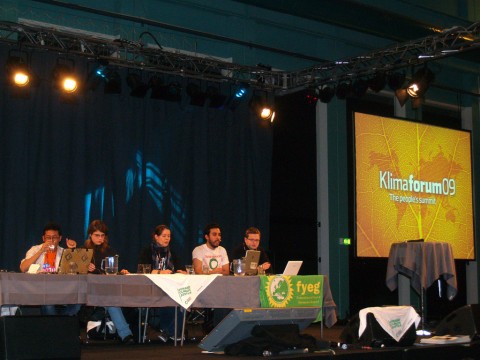