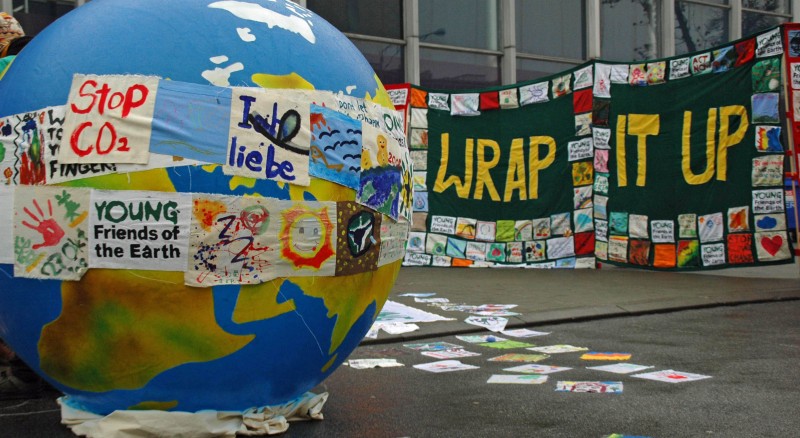 In 2008, Young Friends of the Earth Europe collected 2,000 messages from young people in Europe on what their demands to world leaders were on stopping climate change. These 2,000 messages, collected on squares of fabric, were installed at an action inside the UN climate talks in Poznan, Poland 2008.

The photo gallery below shows a selection of images of the messages being collected by Young Friends of the Earth groups across Europe, and the final installation. 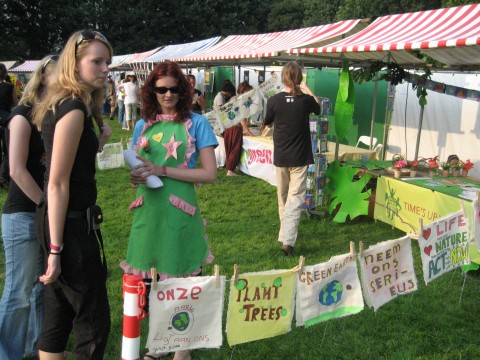 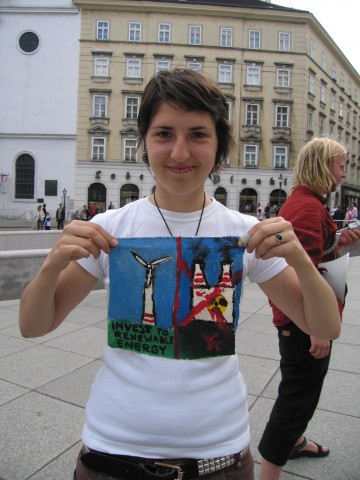 Milda from YFoE Lithuania, at a YFoEE Wrap Up action in Vienna, Austria, June 2008 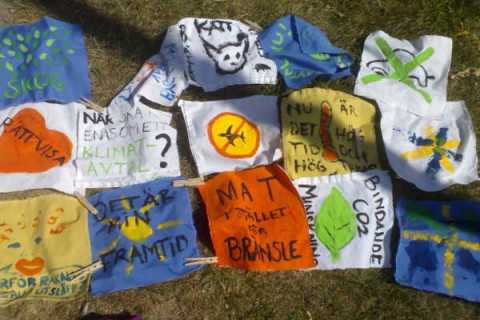 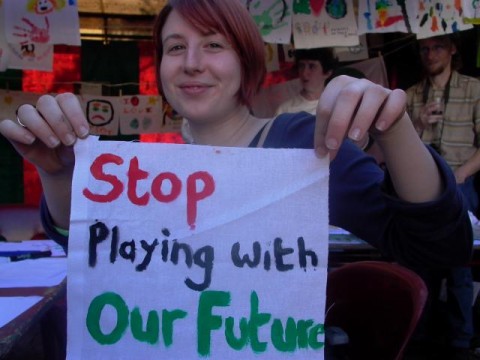 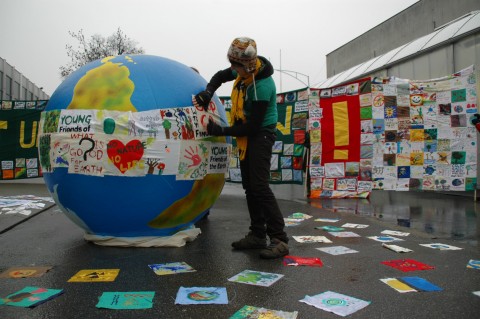 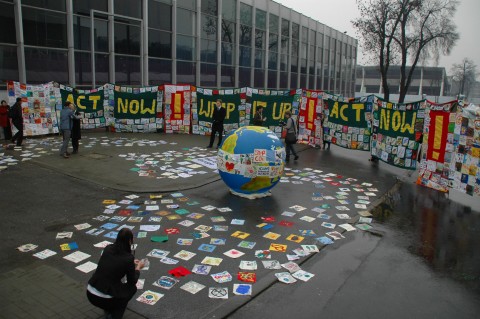 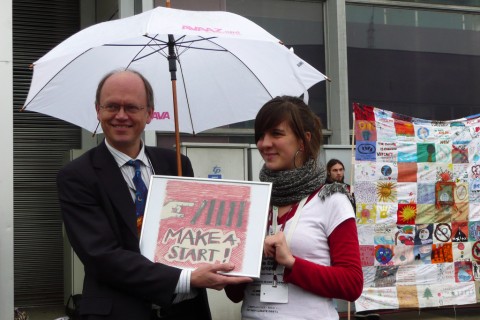