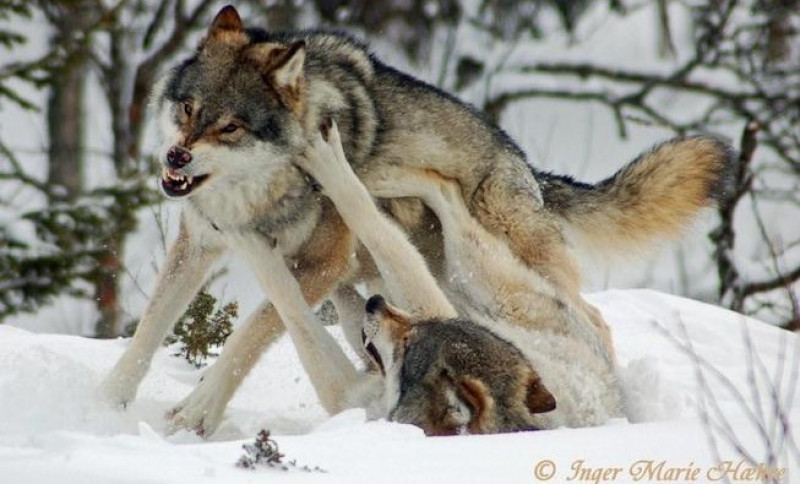 Norway wants to kill most of its wolves – again

Norway’s environmental minister Vidar Helgesen has just approved the biggest wolf hunt in Norway for a hundred years. Only 52-56 wolves live in Norway, but the minister wants 42 of them to be shot this winter, among them two important family packs in Osdalen and Julussa, near the border to Sweden. This is the second winter in a row that such a major cull has been allowed – but last year’s was prevented after a major popular and international outcry.

Silje Ask Lundberg, president of Naturvernforbundet / Friends of the Earth Norway said: “This is no way to treat a critically endangered species. Wolves are a right. The wolves belong in Norway. We have a responsibility to take care of them. Now we ask people across Europe to support our struggle to maintain a sustainable wolf population in Norway!”

According to the last official count in 2017, only 52 to 56 wolves, which are a protected species across Europe, are living in Norway, a 17 per cent decline compared to last year. In addition, there are 51-56 wolves that live on both sides of the border to Sweden. By contrast, Sweden manages their wolf population in a more sustainable manner, with 355 wolves. The wolves in Norway are classified as critically endangered, according to the Norwegian Biodiversity Information Centre; and the Norwegian parliament has decided that Norway must have a sustainable wolf population.

The planned wolf hunt will eradicate almost all Norwegian wolves. The Norwegian government is acting against international obligations under the Bern Convention, as well as breaching Norwegian law and decisions made by the parliament. They use the fact that there are more wolves in Sweden as an excuse to justify the greatest cull in a hundred years.

Friends of the Earth Norway supports the ongoing case of WWF Norway who have accused the Norwegian state of  illegal management of the wolf population. The Oslo District Court ordered a temporary stop in hunting, until the court case was decided upon. Despite this, the government altered their decision slightly, so that they now can continue the hunt.

“We will not accept this. The government is playing a risky game, with almost the entire Norwegian wolf population at stake. Nature needs wolves. We urge them to stop this illegal wolf hunt now”, said Lundberg.

Norway's endangered wolves back in the firing line