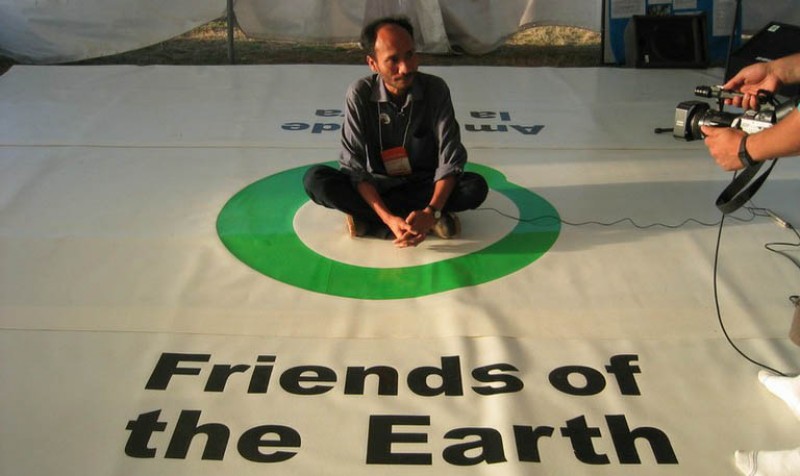 At 8am on Friday 11 May, about 200 policemen surrounded the office of the Friends of the Earth Georgia and their office equipment was loaded into trucks and driven away to a storage area, where much of it was damaged or even destroyed. [2] "Authorities should reverse the eviction, compensate for the losses and apologise to Friends of the Earth Georgia," Mr Hamdan demanded.

Friends of the Earth Georgia has been officially renting its office from the Administration of Mushtaidi Park since 1998, and had an official 10 year tenancy agreement valid until December 2008. But the City Municipality of Tbilisi abolished the agreement, demanding that the environmental group should leave the premises within five days. The group appealed to the courts but this fact was not even considered by the police.

This eviction is one in a current trend in Georgia, in which the government has begun to sell off properties of high value (in some recent cases, privately-owned properties have even been seized where they are deemed strategic to the state). Friends of the Earth Georgia's office building is valuable as it is historically and architecturally interesting and is located in the centre of the city in the middle of a 170-year old park.

However, the abrupt abolition of Friends of the Earth Georgia's tenancy agreement and aggressive style of the eviction contrasts with other cases. As a rule, renters in similar situations have had at least three months to empty their building following a court decision against them.

"Friends of the Earth is the largest grassroots environmental network in the world. Forcefully evicting our Georgian group from its premises will absolutely not stop us campaigning against environmental malpractices in Georgia." Mr Hamdan concluded.

NOTES:
[1] The Friends of the Earth Europe network includes groups from 31 countries across Europe. See:
http://www.foeeurope.org/members/list.htm