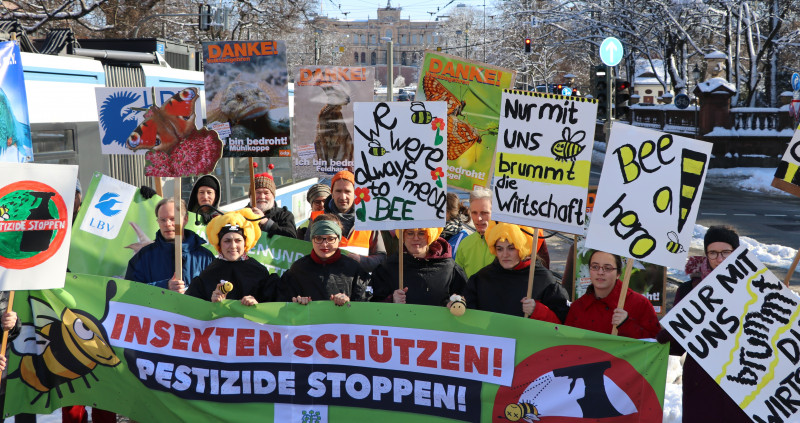 Save the bees! Chemical farming reaches tipping point in Bavaria

Over 1.7 million people have supported a campaign to make farming more nature-friendly in the Southern German state of Bavaria.

18% of the eligible citizens of Bavaria have signed a mass petition demanding bee-friendly farming – the biggest petition in the history of the Bavarian state - although the support of only 10% of the population is needed for such a petition to be legally recognised by the state government.

At the forefront of the campaign were local Friends of the Earth groups (BUND Naturschutz), alongside progressive political parties and other local environment groups.

Over a period of only 2 weeks citizens had to take their ID cards to official offices, often queuing in the rain and snow, to register their support for the new initiative. With the 10% hurdle now surpassed, the regional government needs to either enact the petition or suggest an alternative law – which will then go to a referendum later this year.

With such record numbers of people supporting the campaign, the Bavarian government will have to concede to major changes to farming to support nature. The impacts of the vote will be felt in Berlin and Brussels.

The new initiative contains 4 pages of detailed yet pragmatic demands on how to fundamentally change farming. Farmers would, for example, need to save hedges and trees, be prevented from spraying chemicals within 5 metres of streams and rivers, and 30% of farming needs to be converted to organic production by 2030.

The EU’s Environment Commission Karmenu Vella also appeared to welcome the vote by tweeting, “This #ValentinesDay we can look into our hearts and bee like #Bavaria”

Adrian Bebb of Friends of the Earth Europe said:

“The tide is turning against chemical farming and this will be tremendous for people and nature. Growing evidence of the devastating impact industrial agriculture is having on our bodies and biodiversity is now undisputable. If politicians don’t act then people power like we have seen in Bavaria, will.”

The use of pesticides and the expansion of industrial farming are one of the main causes of the current collapse in insect numbers. The first global scientific review published this week claimed this would lead to a “catastrophic collapse of nature’s ecosystems”.

"The petition has also been signed by many farmers and this is now a big opportunity for peasant agriculture instead of intensive agricultural production,"said Martin Geilhufe, the director of BUND Naturschutz. 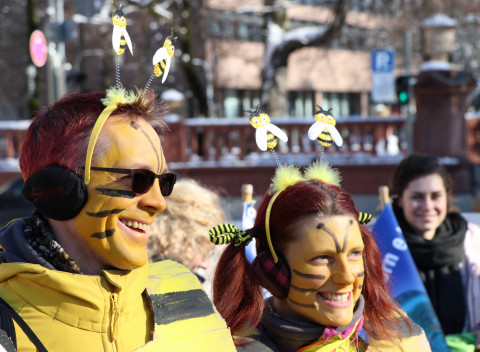