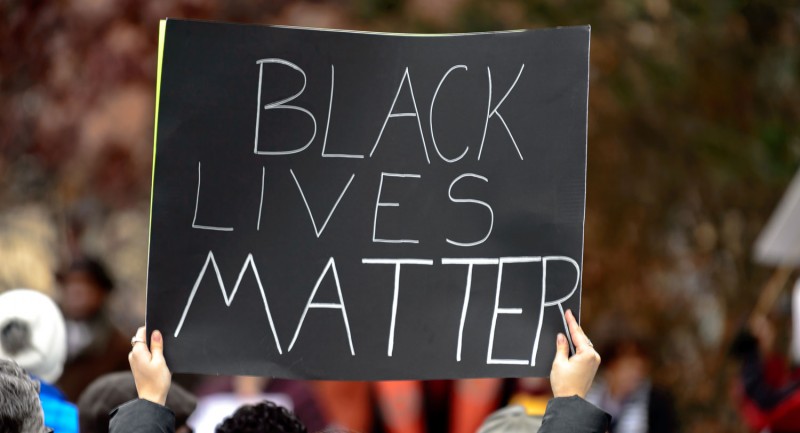 Friends of the Earth Europe joins the Black Lives Matter movement, Friends of the Earth US and Friends of the Earth International in condemning the recent murders of George Floyd, Breonna Taylor, Tony McDade, Ahmaud Arbery and Rayshard Brooks alongside sustained state-sanctioned violence against Black people in the United States of America. We stand in solidarity with them in seeking justice and racial equality. Our mission is to build a sustainable and just world free from racism.

Corporations based in Europe are profiting from American police brutality, and the failure of governments to put a stop to this amounts to complicity. Companies in the UK sell tear gas, rubber bullets, riot shields and small arms to law enforcement agencies across the USA. We demand that all such exports from Europe stop now.

The Black Lives Matter movement in the US has also catalysed anti-racist demonstrations across Europe, and put mainstream focus on the work that anti-racism movements have been doing for so many years and on their ongoing calls for justice in the face of systemic racism and the unaddressed legacy of colonialism.

Much of modern Europe’s wealth and power was built on colonialism and the exploitation and repression of Black, Indigenous and other People of Colour (BIPOC). The UK, France, Germany, The Netherlands, Belgium, Spain, Portugal and Italy subjected millions of BIPOC to enslavement, subjugation and death, exploiting their labour and looting their resources. This is not just a thing of the past. The consequences are still felt today. Europe has a historic role in creating and fuelling the systems of white supremacy which the world is still built on.

Levels of incarceration, unemployment, deprivation, and poverty in Europe are all higher for Black Europeans. The evidence of the current Covid-19 pandemic’s disproportionate impact on racial and ethnic minorities points to the problems of systemic racism in health, housing and employment.

It is difficult to obtain figures for the amount of systemic racism in Europe as a whole because statistics based on race are not authorised in some countries. Where data is not available it does not mean there is no oppression of communities of colour.

Even in European countries which do not have the legacy of colonialism, we can witness, both historically and now how the idea of white supremacy is accepted and reflected in systemic racism.

Climate change is already causing suffering and death to many people – the majority of who are people of colour. In combination with racist norms and the dehumanisation of people of colour this is toxic mix in which climate deaths are tolerated and climate inaction is accepted.

What should the EU do?

Action speaks louder than words, and we demand that the EU acts on dismantling racism and policies that are reinforcing and enabling it.

The biggest ethnic minority group – Roma people – have faced a long history of segregation and oppression. To this day. they are systemically excluded and denied basic human and civil rights across Europe. The European Commission’s promise of a reinforced strategy for Roma equality and inclusion in European society is welcome, but we need to ensure that European societies work on changing their attitudes and prejudices.

EU counties agreed to militarising the bloc’s external borders in response to migrants and refugees arriving from Syria, Iraq, Afghanistan, Yemen and elsewhere. The Mediterranean route remains the most fatal migration route in the world. We demand that funding for the militarisation of borders is instead used for solidarity, support and peacebuilding efforts.

The EU’s land borders are also sites of racist violence and oppression. Police violence and torture and overcrowded detention centres with inhumane living conditions are the norm, not the exception. This needs to change and we should not be dehumanising, torturing and detaining people for simply trying to escape horrendous conditions and war zones. They need our solidarity, support and to be treated with dignity.

Ethnic and racial minorities are under-represented in all EU institutions and spheres of EU decision-making. For example, racial and ethnic minorities make up at least 10% of the European Union population, but only 4% of the European Parliament. Policies and decisions would be better if minorities were adequately represented – this is the first step to non-discriminatory policy-making.

Europe needs to reckon with its colonial past and racist present, end systemic racism, and bury the easy lie that “things aren’t as bad here” once and for all. It is time to act and end racism and the toxic ideas of white supremacy once for all.

What is Friends of the Earth Europe doing?

As Friends of the Earth Europe, we remain resolute in our mission of ensuring environmental, social and gender justice, human dignity, and respect for peoples’ rights.

We stand alongside people of colour fighting for an end to the systemic oppression they face, and alongside all communities and organisations fighting for racial justice in every corner of Europe and the world. We are committed to raising awareness, mobilising people and building alliances to dismantle systemic racism.

We are committed to an intersectional approach and to diversity, but we recognise that we still have a long way to go to implement this in practice, in particular to have representative numbers of people of colour at all levels of our structure including in senior decision-making positions. We need to cooperate more with anti-racist movements in Europe and to work together on dismantling the systems of oppression that are causing communities of colour to be disproportionately impacted.

We reaffirm our commitment to uplifting the voices of our allies in the Global South and centring them in our campaigns. We are an environmental justice organisation and speak out about Europe’s historical responsibilities and the disproportionate impacts of climate change and environmental degradation on those least responsible for causing it. We must make sure the climate and environment movement advocates for solutions that work for everybody and are based on an intersectional approach that takes into account race and racial discrimination.

We are committed to learning and to development. As part of putting this into practice, and as a first step, we will organise trainings on race awareness and anti-racism.

Friends of the Earth International statement in support of Black lives, against systemic racism and institutionalised oppression