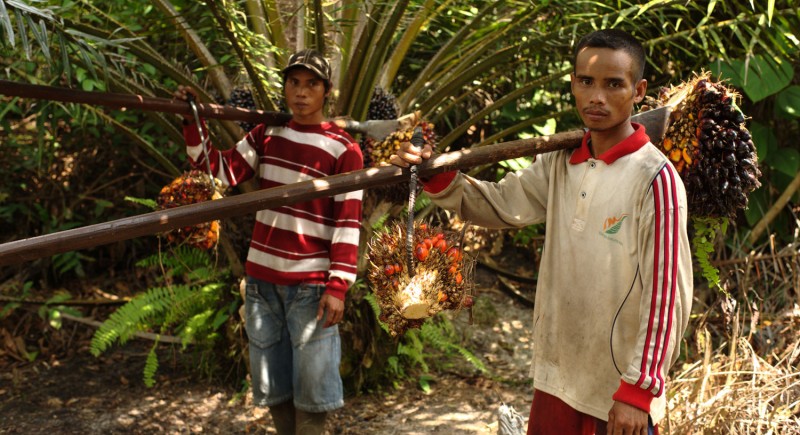 The broken promises of Wilmar and its financiers

Wilmar International, one of the world's largest palm oil traders, continue their abusive practices of deforestation and land-grabbing, despite promises to stop, according to new research from Friends of the Earth in Indonesia, Liberia, Uganda and Nigeria.

Wilmar's new "No Deforestation, No Peat, No Exploitation" policy declaring an end to deforestation, exploitation and peat conversion was published in December last year, but has been followed by numerous reports of continued environmental and social problems with Wilmar's palm oil operations in Liberia, Nigeria, Uganda and Indonesia – some of which contradict their new policy, according to the organisations.

In Indonesia, Wilmar continues to purchase palmoil from Bumitama Agri, which is operating a plantation without the necessary permits, thereby bringing illegal palm oil into the supply chain. In Nigeria, Wilmar is still grabbing forestland in the vicinity of Afi Wildlife Sanctuary, close to the Cross River National Park Okwangwo Division, which contains high-conservation value forest. This territory is a buffer zone to the wildlife sanctuary of the National Park and Afi Forest reserve.

Anne van Schaik, accountable finance campaigner at Friends of the Earth Europe, said: "Wilmar International has changed its tune, but it is still singing the same song. Its positive words and progressive-sounding policy hide a complete lack of adequate action on the ground. It is time for financiers to stop dragging their feet and acknowledge this. They need to immediately divest from Wilmar, and cut their links with deforestation and land-grabbing."

Following discussions with Wilmar during a visit to Indonesia, the Friends of the Earth groups remain seriously concerned about Wilmar's commitment to sustainability. Friends of the Earth Europe is calling on Wilmar's financial backers to stop investing in the company until it ends deforestation, adheres to national laws in the countries where it operates, and applies Free Prior and Informed Consent (FPIC) in all of its operations, including returning lands acquired without communities' consent.