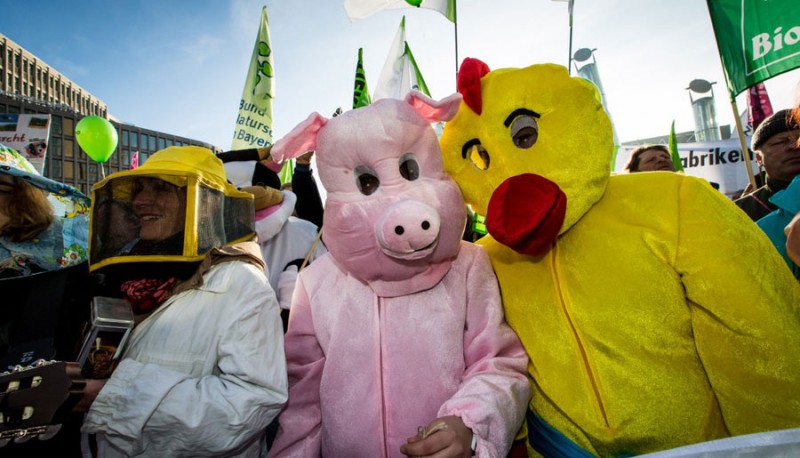 This is the fourth year in a row that protests demanding a fundamental agricultural overhaul have taken place in the German capital during the 'International Green Week' – the world's largest agricultural fair.

Stanka Becheva, food campaigner for Friends of the Earth Europe, said: "There is a growing movement calling for sustainable food and farming – to shift food and farming towards agro-ecology. The current system is failing. Politicians at national and European level need to act before it is too late."

Participants, many in imaginative costumes, called for policy changes to promote animal welfare, protect biodiversity, lessen farming's contributions to climate change and prevent factory farms pushing small farmers out of business. The German government was urged to put the interests of consumers, farmers, animals and the environment first.

The march also follows closely the launch of Friends of the Earth's 'Meat Atlas' which calls for a radical rethink of the way we produce and consume meat and dairy. The Meat Atlas aims to catalyse the debate over the need for better, safer and more sustainable food and farming and advocates clear individual and political solutions.