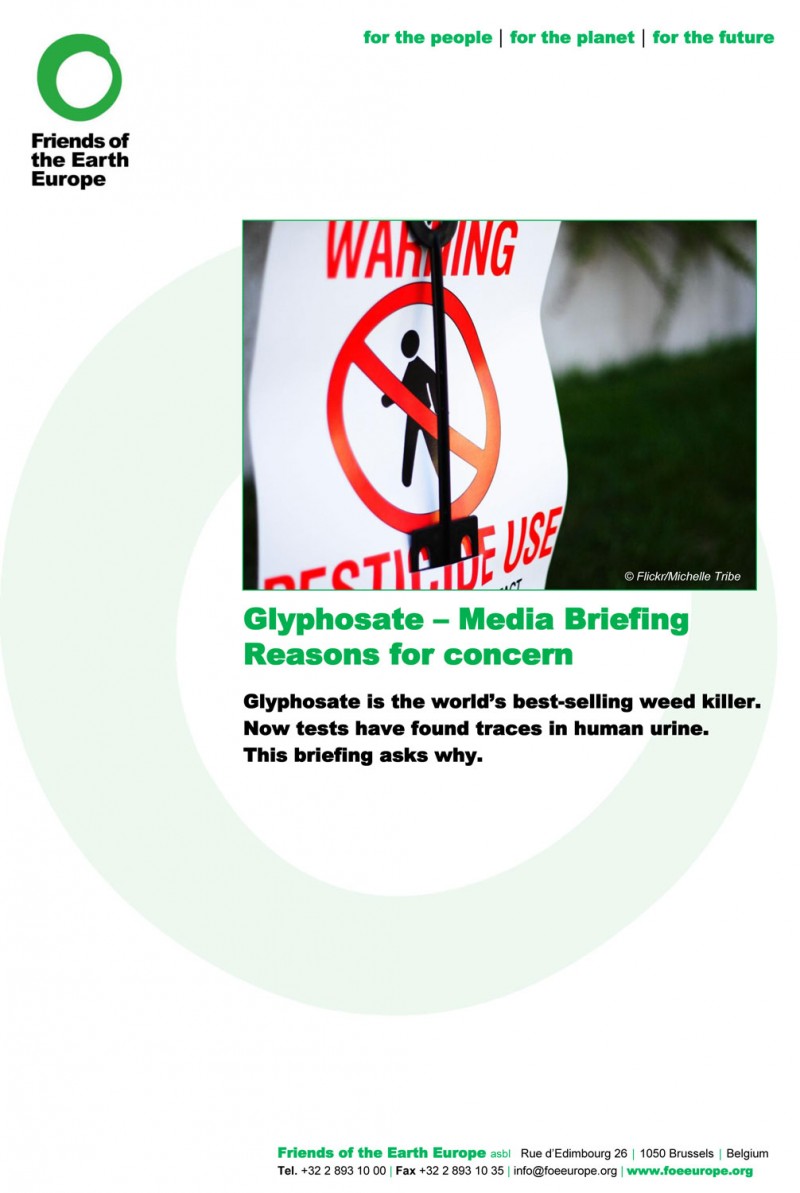 Glyphosate is the world's best-selling weed killer and one of the most widely used herbicides in Europe. It is crucial for growing genetically modified (GM) crops, many of which are modified to withstand glyphosate.

Concerns surround the safety of glyphosate particularly about its effect on human health, particularly on the hormone system, and its impact on the wider environment.

Now tests have shown that glyphosate is present in the human body. Friends of the Earth Europe commissioned an independent laboratory in Germany to test urine samples from people in 18 countries for glyphosate. The results showed that traces of the chemical were found in samples from all countries, with 44 per cent of samples found to contain glyphosate on average. This media briefing explains the reasons for concern.

Also available are six additional briefings that explore the issue in greater depth, and a short document with 12 key facts about glyphosate.