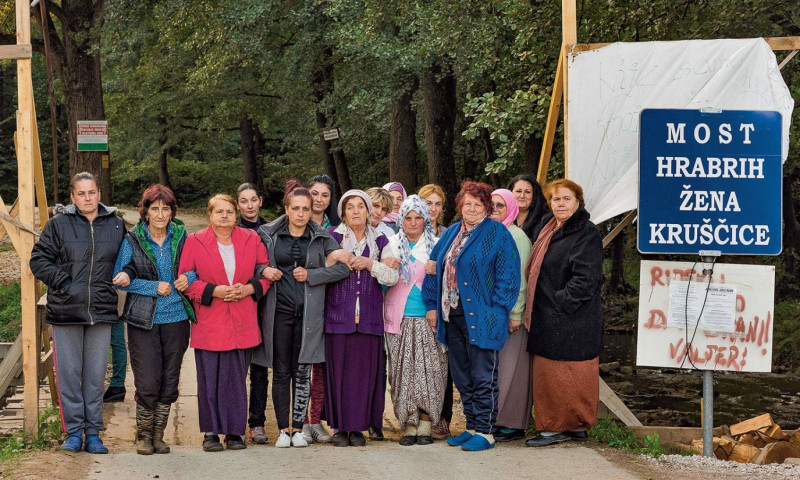 The 'brave women of Kruščica', supported by Center for Environment/Friends of the Earth Bosnia & Herzegovina, have taken a big step forward towards winning their battle to save their river and water supply from the construction of two dams after a decisive legal victory. Following a complaint from the protestors, a regional court has annulled the permission to build the dams.

Adrian Bebb, senior campaigner at Friends of the Earth Europe, said "The women of Kruščica are exceptionally brave, not only preventing the entry of bulldozers from destroying their nature and local resources but also withstanding attacks from the police. Their amazing vigil has prevented greedy developers from destroying their river and local water supply. Despite the hardships they have faced they have inspired people around the whole world. Resistance has been rewarded by this great victory in the courts." 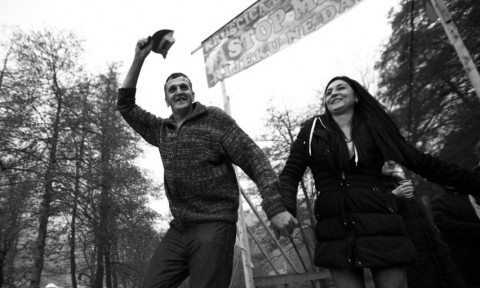 The controversial dams – Kruščica 1 and Kruščica 2 – would bring significant damage to the surrounding natural environment and the source of the village's drinking water.

The locals have been actively demonstrating against the hydro power plants for almost 16 months, drawing the attention of international media. They have been blocking construction work for over 400 days and nights. 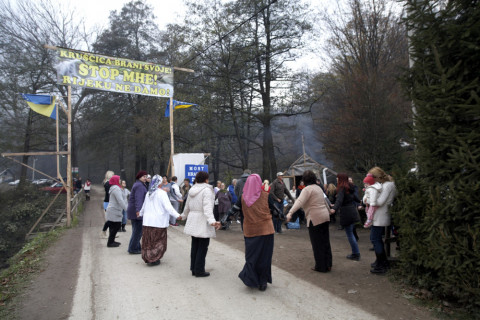 Zuzana Vachůnová from the Czech NGO Arnika, who has followed the Kruščica case from the beginning, said "I was excited to receive the news. The locals are already very tired. To prevent the construction, they were blocking the bridge across the Kruščica River day and night. Women kept guard during the day, men at night, and the whole village was involved. It has been extremely demanding for all of them."

The 'brave women of Kruščica' had not been environmental campaigners beforehand, but were prepared to stand up to stop the destruction of their natural resources after the local government planned and approved the project in secret.

The nickname was given to female guardians of the river after being violently attacked by special police units in August 2018. A few days later, they defended the bridge which is now known as 'Most Hrabrih žena Kruščice' (Bridge of the brave women of Kruščica).

As a result of the government secrecy and police repression, the women stood for local elections and won – reportedly the first time women have taken the any of the Bosniac seats of the local community council.

"We are happy finally to see some shift towards improvement and truly grateful to all organizations and good people for their support. At the moment, we are the proudest community in Bosnia and Herzegovina," said Amela Zukan, one of the 'brave women of Kruščica'. (3)

Center for Environment/Friends of the Earth Bosnia & Herzogovina supported them throughout by responding to calls for help, and providing legal, technical and moral support for the protestors throughout the campaign. 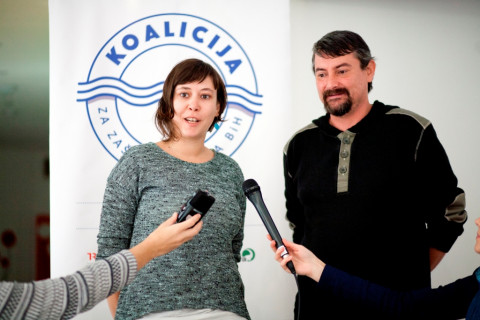 On December 14, the regional court of Novi Travnik upheld the villagers' objections to the construction of the Kruščica 1 and Kruščica 2 hydro projects (1).

They initiated an administrative dispute against the renewal of the permits needed for the plants, as they had not been adequately informed of and involved in the decision-making procedures.

Viktor Bjelić from Center for Environment/Friends of the Earth Bosnia and Herzegovina said "this decision gives the power to the inhabitants of Kruščica to insist on their demands and persist until the termination of the concession contracts for both hydropower plants takes place."

It is a breakthrough decision for all 810 residents of Kruščica. With the help of Friends of the Earth Bosnia, the villagers are now a registered NGO and now want to campaign to turning the area into a protected nature area.

The decision follows a recent resolution passed by the European Parliament which highlights the environmental risks of constructing small hydropower plants, and emphasises that they are in opposition to the European Union's environmental standards.