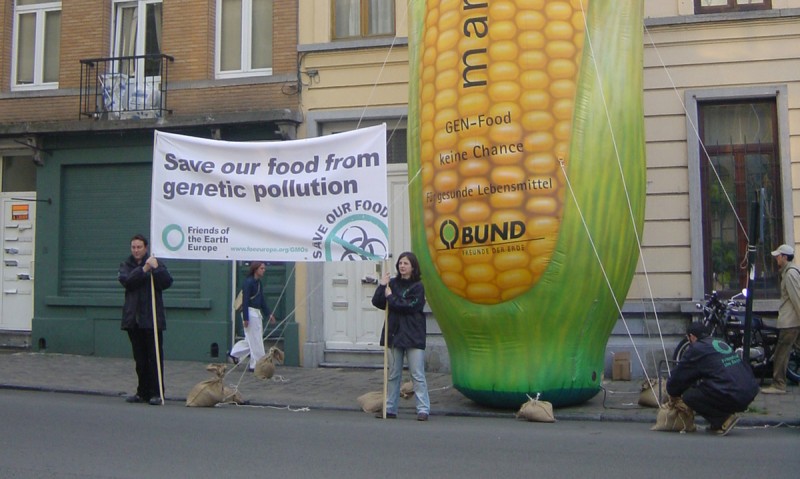 EU stands up to US pressure - unfazed by genetically modified 'Herculex'

Brussels, June 25 2007 - EU member states today stood up to intense pressure from the US and refused to allow a new strain of genetically modified maize to be imported into the EU. The move has been welcomed by Friends of the Earth Europe. [1]

Helen Holder Friends of the Earth Europe GM Campaign Coordinator, said:
"Member states have already won the right to uphold high standards on food safety and the environment at the WTO. The US had tried to use trade laws to force GMOs into the European market. But this is a clear signal that Member States have put safety and the environment before US trade interests and that the concerns of EU citizens can prevail over formidable lobbying from biotech companies"

Friends of the Earth Europe and other NGOs have raised a number of concerns on this GM maize:

* The reliability of EFSA opinions on other related GM maize has been undermined by studies of independent scientists detecting toxicological effects in the same products. [5]

* Herculex Maize has been at the centre of a number of contamination scandals including the contamination of US animal feed imported into Ireland. [6] The sudden and rapid move to try and authorize Herculex maize suggests that the European Commission is more concerned with 'neutralizing' a potential legal problem of illegal GM contamination rather than dealing with contamination by unauthorized GMOs.

Helen Holder added, "These contamination cases indicate more than ever before just how important it is to show zero tolerance to countries that have lax measures on contamination and to ensure the right to GMO free food and farming in the EU is upheld. There is a critical need for strict laws on growing GM crops and clear rules on who is liable for the costs of GM contamination."

There is still widespread public concern over the loophole in EU legislation that allows for consumers to remain unaware that they are eating meat and dairy products from animals fed with GMOs like Herculex maize. Earlier this year one million Europeans called for labelling of foods from GMO-fed animals.

[1] The vote resulted in a Non Qualified Majority, insufficient votes to reach a decision. The copmpany's authorisation request will now be sent an upcoming EU Council meeting where Ministers will vote on Herculex.

[2] Herculex Rootworm (RW) 59122 maize has been genetically modified to produce Bt toxins (Cry34Ab1 and Cry35Ab1) in order to be resistant to the Western corn rootworm insect pest.

[3] Minutes of a meeting between the EU and the US were obtained by Friends of the Earth Europe under a Freedom of Information request: http://www.foeeurope.org/press/2007/May30_HH_EU_US_docs.htm

[4] The studies by Pioneer/Dow submitted to the EU show important differences between animals fed with GM maize and those fed with conventional maize, including liver weights in females in a 42 day poultry study, and blood parameters following a 90 day rat feeding trial. Effects in the 90 day feeding trial were noticed after a very short time, indicating potential for toxicity in the longer term.

[5] The EFSA has in the past issued positive opinions on MON863 and NK603 maize, leading to final authorization by the European Commission of these products. But the reliability of these EFSA opinions has been undermined by recent studies by independent scientists showing toxicological effects in both MON863 and NK60.